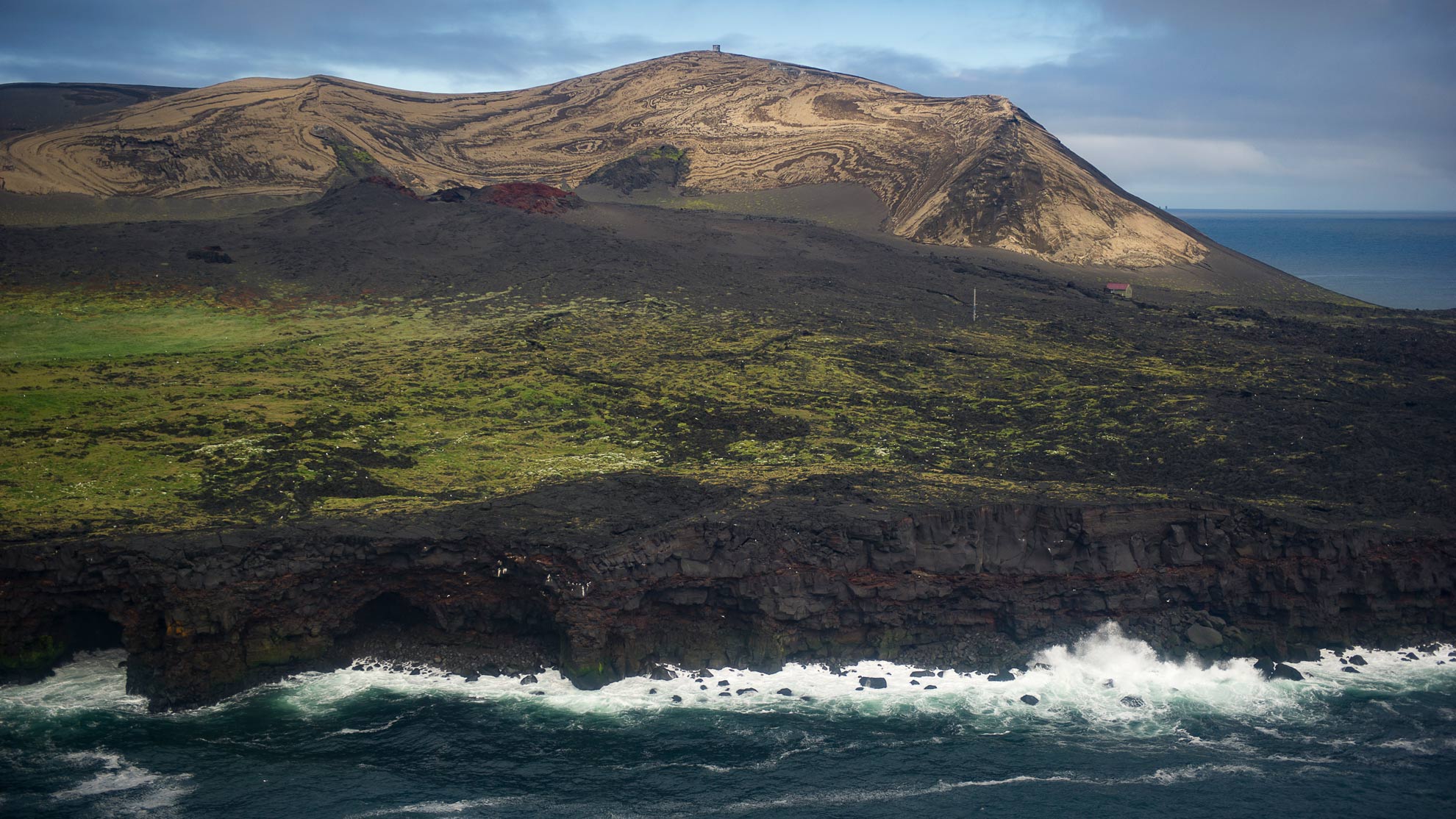 Garden of the Gulls

From the Summer 2022 issue of Living Bird magazine. Subscribe now.

Now just shy of 60 years old, the new island of Surtsey, off Iceland, holds clues to a fundamental mystery: What did the Earth look like when it was just born? How does life colonize bare rock?

In 1963, a volcano erupted underneath the cold waters of the North Atlantic, 10 miles off Iceland’s southwest coast. The eruption lasted for four years. Eventually, the lava and ash cooled into a black-and-tan island named Surtsey, and the first fragile seeds of life started to wash ashore.

Every year since the island came into being, scientists have visited Surtsey to track its ecological development. Visits to Surtsey require a permit—casual sightseeing stops are strictly prohibited—in order to preserve the island’s ecological integrity. Even today, a researchers’ red-roofed hut and an abandoned lighthouse foundation are the only buildings on Surtsey.

Though most of the island is barren, a heart-shaped patch of green in the southwest corner supports lush growth and hundreds of bird nests. The scientists’ annual visits have generated a fascinating timeline of the pace of colonization by plant, bird, and even insect species.

The first plant to arrive, a sea rocket (Cakile maritima), washed ashore in 1965, while the island was still erupting. By 1970, Black Guillemots had begun to nest, using the black volcanic cliffs as a foothold while getting their food from the sea.

Over the next two decades, about 20 other plant species arrived, some by wind and some on the feet or in the stomachs of seabirds. A few additional birds set up nests as well, including Northern Fulmars and Black-legged Kittiwakes. But it wasn’t until 1985 that both plant and animal diversity started to shift into a higher gear, thanks to the arrival of an unexpected hero: the humble seagull. Darwin suggested that plants could colonize islands if their seeds floated across the sea on wind or waves. But to get to Surtsey, the seeds needed help.

Plant diversity had plateaued by the 1970s with fewer than 20 species established, and it didn’t take off again until a gull colony developed in 1986. The gulls—mostly Lesser Black-backed along with Great Black-backed, Herring, and Glaucous—carried with them not just new kinds of seeds, but also fertilizer in the form of nitrogen-rich guano.

At first the gulls nested on bare black rock, but soon a lush green meadow encircled the colony, fed by gull droppings. By 2013 the meadow spread across 12 hectares (about 30 acres), supporting twice as much plant diversity and five times more biomass than the rest of the island. The number of plant species soared to 64 by 2007—double the diversity of nearby, older islands in the Westman archipelago.

A more complex food web started to develop. Graylag Geese first arrived in 2001 and fed on the thick grasses. As insects like springtails, moths, and beetles began to thrive among the plant growth, insect-eating birds began to appear as well, such as Snow Buntings, White Wagtails, and Meadow Pipits. In 2008 the first ravens arrived, feeding in part on stolen seabird eggs. At almost 60 years old, Surtsey is still a geologic infant—its sister islands in Iceland’s Westman archipelago are about 40,000 years old. Researchers think much of the island will erode away. The North Atlantic’s storm surf has already reclaimed half the island’s original land area.

Eventually, Surtsey will come to resemble other Westman Islands (like Heimaey, above): the low-lying plains will disappear (including the present gull colony), and the hard crater walls will become steep-sided seacliffs where murres and Razorbills will nest alongside the fulmars and kittiwakes already present. Atop the island, a thick turf will develop, dominated by just a few grass species. In perhaps a century or two, Atlantic Puffins will nest in the deep soil that develops.

For now, researchers describe Surtsey as living in something of a golden age. Plant diversity has peaked at 64 species, but it’s beginning to decline as ecological competition starts to squeeze out some of the initial colonists. As the plant community develops, birds continue to find footholds. Some 17 species have nested here so far, with nearly 100 species recorded overall—including tired or off-course migrants for which jagged Surtsey is a welcome piece of terra firma in the North Atlantic.

Chris Linder is an award-winning professional photographer, filmmaker, workshop leader, and lecturer. He is a member of the International League of Conservation Photographers.