Tell Us What You See!

Collect data while watching live and make discoveries about the Cornell Hawks.

Find answers to your questions about the Red-tailed Hawk nest 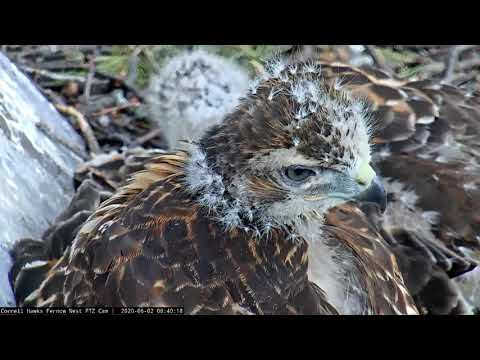 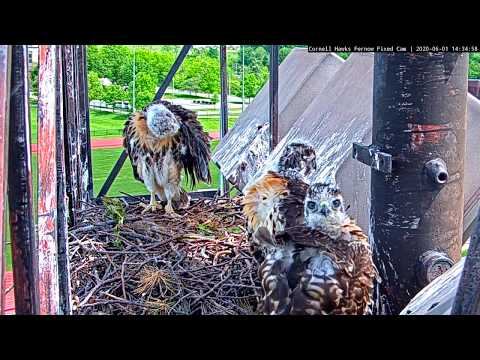 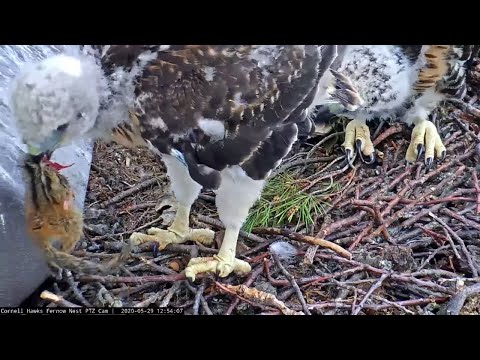 Red-tailed Hawk Chick Feeds On Chipmunk, Tries To Swallow It Whole – May 29, 2020 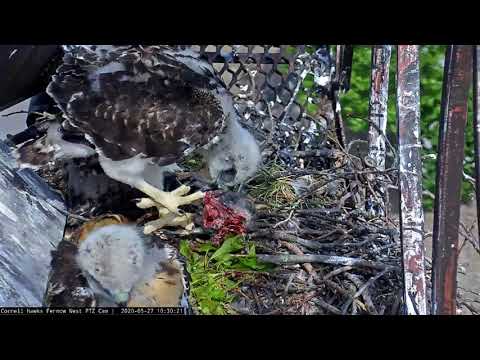 Photo credits: Ezra (About the Site) by Christine Bogdanowicz Join Bird Cams Lab and help us learn more about the Red-tailed Hawks by collecting data from the live cam.